Last year, we set ourselves the goal to build the largest secrets detection library, helping developers catch all sorts of secrets, one commit at a time: API keys, SSH credentials, database connection strings, generic passwords, and much more.

If you use GitGuardian or regularly follow our product updates, you are already familiar with the pace at which our R&D team is delivering. But we just didn’t expect our engineers to be THIS fast. Earlier this week, they released their 300th detector 🎉

Our library has now grown large enough for us to have a go at some basic spreadsheet formulae such as SUM() and COUNTIF(). So we crunched the numbers and thought we could share some of the findings with you!

Update 2021-11-03 — After the publication of this article, our engineering team introduced a minor change in the secrets detectors categorization. Previously, each detector corresponded to an algorithm that detects one type of secrets. From now on, different detectors (i.e algorithms) looking for the same secret, a GitLab personal access token, for example, will be regrouped together. The GitGuardian library still boasts more than 300 secrets detectors, now regrouped in 260 groups.

Show me the numbers

Through consistent and regular releases. With an R&D engineering team focused on building the best algorithms in the industry to detect secrets and credentials, we have released 20 detectors on average, every quarter.

Looking at the cumulative total of detectors released, this is nothing short of a challenge — even for a five-strong team of engineers.

To give you a rough idea of what goes behind every release, here’s what a typical development lifecycle looks like — from inception to release:

Moreover, our R&D engineering team scrupulously abides by the following principle: “Every detector is entitled to maintenance and performance optimization in the long run — it is part of the lifecycle.”

With an ever-growing library, we were afraid maintenance would put a dent in the rate at which new detectors are released. But with hindsight, the steadiness of the slope (20 new detectors released per quarter) clearly shows this was an overstated fear and that our team has put in place robust processes to scale its operations.

In the pie chart above, we grouped the secrets detectors by category. With a total of 300 detectors, we’re able to show how modular the modern tech stack is. Developers no longer build web applications from scratch, instead, they rely on a wide range of tools to:

The list above barely scratches the surface. Developers also run and maintain the tools to manage internal operations, empowering sales and marketing with CRM integrations, product teams with analytics, and everyone else with collaboration and instant-messaging tools.

Aggregating these frequencies by category of detectors gives us the weight of each category in “real-life”. These are the types of secrets developers will most likely slip into their source code.

Over half of these fall into the ‘Other’ category, meaning that they belong to the class of generic secrets. These secrets do not directly reveal what service they are associated with but they remain sensitive and need to be caught: username and password pairs, generic database assignments.

We recently wrote a detailed article on why we believe detecting generic secrets should be part of any application security program and how we solve it at GitGuardian. Read on to find out more — Why detecting generic credentials is a game-changer.

The list of secrets and credentials GitGuardian can catch in your source code is available here — detectors and their supported credentials. If you can't find a detector you are looking for, fill the form below or drop me a line at ziad.ghalleb@gitguardian.com.

Continuing our coverage of the Executive Order on Cybersecurity, let's figure out what are the minimum testing standards for software vendors as depicted by the NIST. 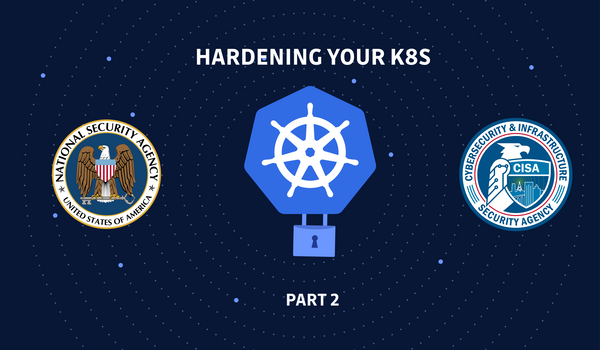 In this second episode, we will go through the NSA/CISA security recommendations and explain every piece of the guidelines.