Docker containers have been an essential part of the developer's toolbox for several years now, allowing them to build, distribute and deploy their applications in a standardized way.

This gain in traction has been, not surprisingly, accompanied by a surge in security issues related to containerization technology. Indeed, containers also represent a standardized surface for attackers. They can easily exploit misconfigurations and escape from within containers to the host machine.

Furthermore, the word “container” is often misunderstood, as many developers tend to associate the concept of isolation with a false sense of security, believing that this technology is inherently safe.

The key here is that containers don’t have any security dimension by default. Their security completely depends on:

Container security represents a broad topic, but the good news is that many best practices are low-hanging fruits one can harvest to quickly reduce the attack surface of their deployments.

That's why we curated a set of the best recommendations regarding Docker containers configuration at build and runtime. Check out the one-page cheat sheet below.

Note: in a managed environment like Kubernetes, most of these settings can be overridden by a Security Context or other higher-level security rules. See more

Carefully choose your base image when you docker pull image:tag
You should always prefer using a trusted image, preferably from the Docker Official Images, in order to mitigate supply chain attacks.
If you need to choose a base distro, Alpine Linux is recommended since it is one of the lightest available, ensuring the attack surface is reduced.

Do I need to use the latest or a fixed tag version?

First, you should understand that Docker tagging works from less to more specific, that’s the reason why :

all refer to the same image (at the moment of writing) for example.

By being very specific and pinning down a version, you are shielding yourself from any future breaking change. On the other hand, using the latest version ensures that more vulnerabilities are patched. This is a tradeoff, but pinning to a stable release is what is generally recommended.

Considering that, we would pick python:3.9-alpine here.

Note: the same applies to packages installed during the build process of your image.

Always use an unprivileged user

By default, the process inside a container is run as root (id=0).

To enforce the principle of least privilege, you should set a default user. For this you have two options:

Note: if you later need to mount a filesystem, you should match the user ID you are using to the host user in order to access the files.

Note: you would need to check what tool is used to create users and groups in your base image.

Use a separate User ID namespace

By default, the Docker daemon uses the host’s user ID namespace. Consequently, any success in privilege escalation inside a container would also mean root access both to the host and to other containers.
To mitigate this risk, you should configure your host and the Docker daemon to use a separate namespace with the --userns-remap option. See more

You should never include sensitive information in plaintext in an ENV directive: they are simply not a safe place to store any bit of information you don’t want to be present in the final layer. For example, if you thought that unsetting an environment variable like this:

Was safe, you are wrong! $VAR will still be present in the containers and could be dumped anytime!

To prevent runtime read access, use a single RUN command to set and unset the variable in a single layer (don't forget the variable can still be extracted from the image).

More idiomatically, use the ARG directive (ARG values are not available after the image is built).

Unfortunately, secrets are too often hardcoded into docker images’ layers, that’s the reason we developed a scanning tool leveraging GitGuardian secrets engine to find them:

Unless you are very confident with what you are doing, never expose the UNIX socket that Docker is listening to: /var/run/docker.sock

This is the primary entry point for the Docker API. Giving someone access to it is equivalent to giving unrestricted root access to your host.
You should never expose it to other containers:

First, your container should never be running as privileged, otherwise, it would be allowed to have all the root capabilities on the host machine.
To be even safer, it is recommended to explicitly forbid the possibility to add new privileges after a container has been created with the option --security-opt=no-new-privileges.

Second, capabilities are a Linux mechanism used by Docker to turn the binary “root/non-root” dichotomy into a fine-grained access control system: your containers are run with a default set of enabled capabilities, which you most probably don’t all need.

Third, don’t share the sensitive parts of the host filesystem :

Control Groups are the mechanism used to control access to CPU, memory, disk I/O for each container.
By default, a container is associated with a dedicated cgroup, but if the option --cgroup-parent is present, you are putting the host resources at risk of a DoS attack, because you are allowing shared resources between the host and the container.

In the same idea, it is recommended to specify memory and CPU usage by using options like

Containers should be ephemeral and thus mostly stateless. That’s why you can often limit the mounted filesystem to be read-only.
docker run --read-only <image>

Use a temporary filesystem for non-persistent data

Use a filesystem for persistent data

If you need to share data with the host filesystem or other containers, you have two options:

docker0 is a network bridge that is created on start to separate the host network from the container network.
When a container is created, Docker connects it to the docker0 network by default. Therefore, all containers are connected to docker0 and are able to communicate with each other.
You should disable this default connection of all the containers by specifying the option --bridge=none and instead, create a dedicated network for every connection with the command:

And then use it to access the host network interface

For example, to create a web server talking to a database (started in another container), the best practice would be to create a bridge network WEB in order to route incoming traffic from the host network interface and use another bridge DB only used to connect the database and the web containers.

Same idea, isolate the host's network interface: the --network host option should not be used.

The default logging level is INFO, but you can specify another one with the option:
--log-level="debug"|"info"|"warn"|"error"|"fatal"

What is less known is the log export capacity of Docker: if your containerized app produces event logs, you can redirect STDERR and STDOUT streams to an external logging service for decoupling using the option --log-driver=<logging_driver>

You can also enable dual logging to preserve docker access to logs while using an external service. If your app uses dedicated files (often written under /var/log), you can still redirect these streams: see the official documentation

Last but not least, I hope it is now clear that your containers are only going to be as safe as the software they are running. To make sure your images are vulnerability-free, you need to perform a scan for known vulnerabilities.
Many tools are available for different use-case and in different forms:

If you are interested in other cheat sheets about security we have put together these for you: 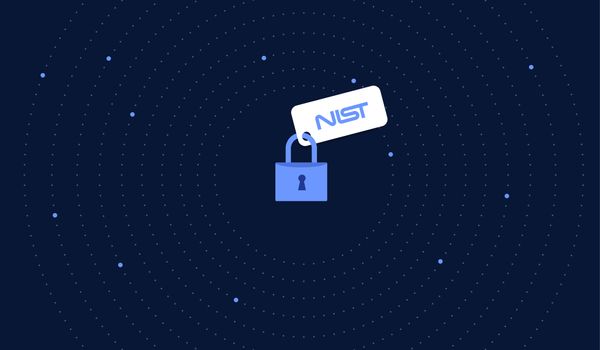 Get a taste of NIST's upcoming value propositions and steps to help companies produce secure software by our cybersecurity specialist Shimon Brathwaite. 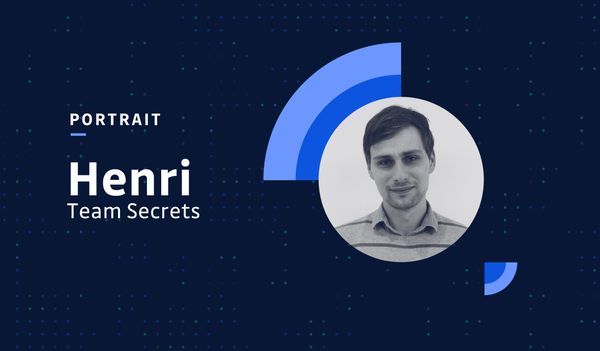 Leading R&D in a tech company

Henri shared with us how, coming from a statistical background, he decided to join GitGuardian to build the best secrets detection engine.