Source code is tightly linked to secret sprawl, but unfortunately, this is not the only origin of sensitive information leaks.

Security teams looking to secure an application's entire perimeter need to consider all possible sources where sensitive information like secrets could leak. Today we will dive deeply into an often-overlooked source: Docker images.

In this article, we will explain why Docker images can contain sensitive information and give some examples of the type of secrets we find in public Docker images. Finally, we will compare our results to the ones we have with source code scanning.

First of all, what is a Docker container? Simply put, a container is a standard unit of software that packages up code and all its dependencies so the application runs quickly and reliably from one computing environment to another.

Now, what is a Docker image? A container uses an isolated file system. This file system is described by a Docker image and contains everything required to run the application: dependencies, source code, binaries, environment variables and some metadata.

However, it contains more information than just the current state: Docker images are built as a stack of modifications (just like some VCS do) and from an image, it is possible to retrieve each of the previous steps and the modifications applied. SRE teams mainly use Docker for portability and easy software deployment.

A Docker image is built using a set of instructions and configuration grouped in a file called a Dockerfile.

Why do we find sensitive information in Docker images?

Where do the secrets come from?

First of all, Docker images contain source code and this code is likely to contain secrets. While source code can be scanned from its Version Control System using tools like GitGuardian, this is not sufficient to protect the entire perimeter from secret sprawl because these secrets can be absent from the VCS since the code published in the image may be altered later by the publisher or the publishing process. Ultimately this means that these Docker images can bypass the security checks that are in place. An example of this would be a developer building an image from his local project with unpublished changes (such as files in the .gitignore) and then publishing the image.

The second source of secrets is the configuration of the Dockerfile. Secrets can be added through the Dockerfile, either directly in the file or by adding a file containing secrets because they are needed for build or operations: these include credentials to access a package manager, API keys used by the application wrapped in the image etc… Most Docker images require credentials and since Docker is mainly used to be run on any machine, it may sound correct at first to include the secrets as well.

Finally, a Docker image is built from stacked layers applied to form the current state of the image. This type of structure is very prone to leaks because a layer can hide the secrets from the previous one so that it is not visible in the final state while still being in the image. Moreover, unlike source code, no one digs into Docker image layers to review it.

What is the problem?

Just as source code, Docker images are likely to be published in shared repositories, publicly on hub.docker.com, or in a company registry and therefore accessible to users who are not allowed to access the contained secrets.

A recent example of a supply chain attack carried out thanks to the discovery of a credential in a Docker image is Codecov. The Codecov Docker image contained git credentials that allowed an attacker to gain access to Codecov’s private git repositories and insert a backdoor in their product, which would later affect a huge number of Codecov's 22,000 users.

There are many ways credentials could be abused by an attacker, you can read about another attack scenario in this series Thinking Like a Hacker.

For all those reasons, we decided to test and implement a dedicated secret scanner to find secrets in Docker images.

As explained above, secrets are likely to be embedded in images in several places and at different stages of the build.

When building a Docker image from scratch, most of the layers consist of the installation of tools such as Debian or language-specific packages. These are not the layers containing secrets.

Layers most likely to contain secrets are either the ones where files are manually added or copied, or where environment variables are modified. Fortunately, Docker images contain a manifest file that describes all the different operations performed to build the image. This manifest can be used to select the layers that are related to custom commands from the user. Doing so has one major benefit: scan is much faster, we don’t need to scan all Debian files for each image, we only scan what needs to be.

After extracting the relevant layers, we extract the files and the environment variables included in it and send them to our scanner. For details on our scanning process, you can read our blog article about GitGuardian’s secret detection engine.

In order to test this method, we gathered 2,000 public images recently pushed to Docker Hub. We scrapped the Docker Hub API to retrieve the latest publicly published images, pulled and downloaded those, parsed and sent their files to our secret scanner. As expected we did find secrets directly in the images.

Actually, 7% of the images contained at least one secret. Secrets distribution is displayed in the following table with a comparison to the results obtained with source code:

The over representation of the Other category is due to generic detectors such as our Generic High Entropy Secret detector. Those detectors allow us to improve our recall but they don’t provide information on the secret provider. In the past few years, we have had a strong focus on detecting specific secrets used by developers in source code, however, it seems that secrets embedded in Docker images are different and may be more related to internal services than what we are used to. This is why we have such a high proportion of this secrets category.

Differences between code and Docker images

The first insight is that we have a much higher proportion of private keys than in source code. This is because private keys are often used for system communication and authentication in containers rather than in applications.

We can also see that there is far less diversity in the secrets types than in public source code. There may be several reasons for that:

During our investigation, we did not explore secrets criticality, however, we think that the secrets found in Docker images are more sensitive because they are more likely to be related to infrastructure services.

Docker images, because of their structure and usage, are likely to contain hidden secrets. As our research shows, there are fewer secrets hidden in public Docker images than in source code on GitHub but still 7% of the public images contain secrets. This remains a major security issue for companies willing to ensure proper secret management. While good development practices can reduce the margin of error when building the images, automatic scanning can avoid many leaks. This is why GitGuardian recently released a Docker image scanner that can be used in CI to ensure that Docker images are free from secrets. You can find more information on how to scan your docker images using gg-shield in this documentation.

If you want to know more about Docker security, we also summarized some of the best practices in a cheat sheet. 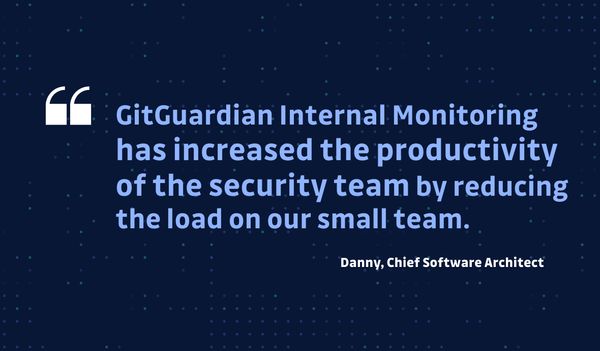 Danny and his team have been using both GitGuardian Internal Monitoring and GitGuardian Public Monitoring as a safety net. IT Central Station has interviewed him and wrote an objective and detailed review. 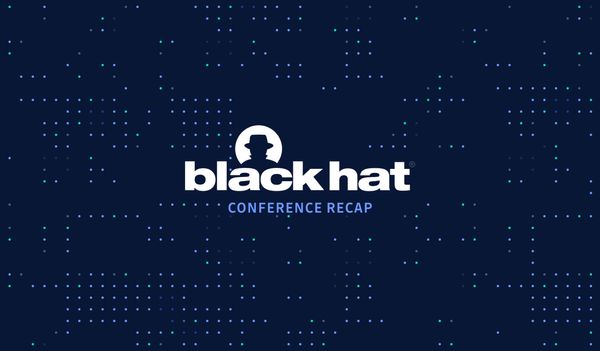 One of the biggest security events of the year, Black Hat finished. This article looks at the key takeaways from Black Hat, the massive increase in Supply chain and ransomware attacks and what experts say can be the solution.